I Spent the Weekend with Jerry Ghionis 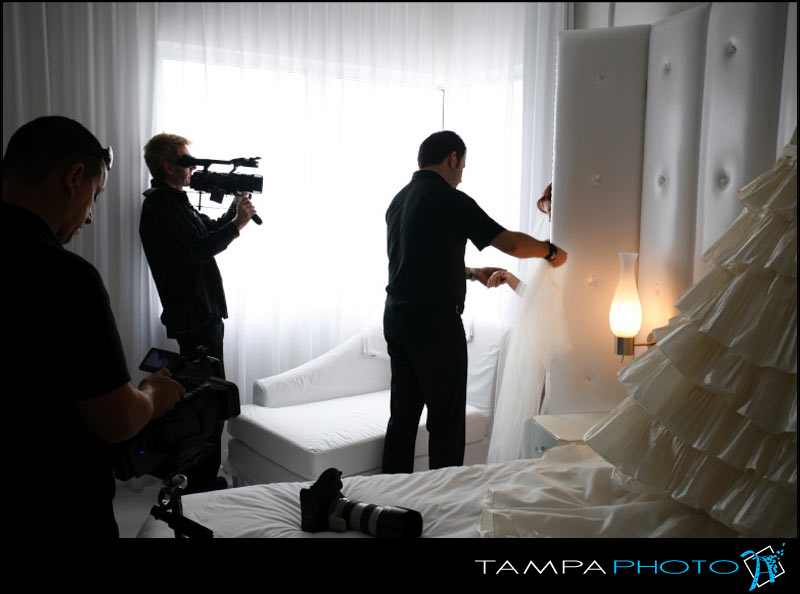 There was a joke going around the photo community, a few years ago, when all the brilliant Australian photographers hit our shores and started winning awards at our International competitions. People marveled at how gorgeous their images were and comments were made that Australians must be “blessed with better light” than their American counterparts! What other answer could it be because we all shot the same type of events, yet their images were somehow “different” than ours. Of course we all laughed at the notion of “better light” in Australia and knew that wasn’t true….but is it?!

Well, I don’t know if they have better light in Australia or if there is such a thing called “Australian Luck” (which would be akin to “The Luck of the Irish”.) All I know is I’ve now seen the Australian “magic” happen in person and I’m here to share my story.

I have the pleasure of knowing and the honor of being able to call Jerry Ghionis my friend. (For those of you who might not know who Jerry is, he’s been named one of the top 10 Photographers on the planet! You can check his website out at JerryGhionis.com). Jerry usually wins all the top album and print awards at our yearly convention in Las Vegas (he also wins in other countries and contests as well!) I’ve quit entering albums myself because there just is no competing with the man!

I’ve known Jerry for quite a few years, have taken his seminars, and from him, I have learned not only how to shoot better photos but how to run my business better as well. I have brought many photographer friends to Jerry’s seminars and all have walked away better photographers, with a renewed sense of creativity in their work. I’ve also become “bff” with Jerry’s wife Georgina, but that’s another story in itself!

Georgie and I email each other a few times a week and it was during one of these emails that I found out that Jerry was coming to Miami, to shoot a wedding.

My first response was: “WTF?! Now he’s coming to America to steal our Brides?!” Then my rational mind kicked in and I asked… (ok, I really begged and pleaded) to be able to assist him on the wedding. I promised to be good and much to my surprise, Jerry accepted my offer!

I couldn’t wait for the wedding to happen as it was taking place in South Beach and I try to get out of Tampa as much as I can, and Miami is my choice of destinations. A wedding with Jerry and shopping with Georgie in South Beach…life doesn’t get much better than that!

Last year Jerry started having all the Weddings that he photographed, videotaped, so he could use it as a teaching aid on his I.C.E. Society website. A week before this Wedding, his videographer broke her arm so I offered my husband Kevin’s services, as he shoots video as well as photography. Jerry accepted the offer so off to Miami we both went.

I didn’t know what to expect from this weekend really. I’ve been shooting for so long and had never “assisted” anyone before. Everyone was always assisting me! I wondered if we would have an attractive couple at a great venue or end up at a tacky hotel that had bad light and purple carpet on the floor. Either way, it would be interesting to see how Jerry handled the situations.

Jerry had scheduled an Engagement Shoot with the couple on Saturday, as their Wedding wasn’t until Sunday. We all met up at the National Hotel in South Beach on Saturday afternoon and Jerry got some brilliant images while I struggled to learn how to use his video lights and Canon equipment (so much different than my Nikon gear!) The couple, Hazel and Alex, are also photographers out of the Miami area and were the nicest and most gracious couple I have ever met. They loved Jerry and his work and were willing to do whatever it took, for Jerry to get his shots. We fought the rain a little bit that afternoon but had a gorgeous sunset and some brilliant cloud formations to work with. The fact that Hazel was gorgeous and had a rockin’ body didn’t hurt matters either.

On Sunday, Kevin and I met up with Jerry for our 10am start time.

Not having to do much but haul camera bags and hand over bodies and lenses, I got to spend the entire day watching Jerry shoot and most importantly, watching him interact with everyone from the Bride and Groom, to the Flower Girl, to the parents and then the hotel staff. Jerry never “ordered” anyone around nor did he “direct” anyone to be anywhere. He would quietly enter every room, introduce himself and then start planning his shots. He never asked permission to do anything nor did he really pay attention if staff told him that something couldn’t be done! I never once heard him raise his voice. He always spoke on a subdued level where if you weren’t right next to him you almost had to strain to hear what he was saying.

It’s funny, because I have heard Jerry speak so many times, that I could probably give one of his seminars myself! I know how he talks to his couples, I know what he says to them, as I’ve tried to emulate some of his actions or adapt them to suit my Weddings. Being there in person and seeing him do it “for real” put an entirely different perspective on things.

As we started moving into different shooting situations, I suppose it was normal for me to watch what he was doing and internally “agree or disagree” with what he was shooting. I would see him set up a shot with the Groom and Groomsmen and from where I was standing, I would say to myself: “Oh, I wouldn’t have done the shot that way. That can’t look very good.” Then, lo and behold, when I got a chance to chimp the back of his camera, I would find that the shot was frickin’ amazing! So much for my “armchair quarterbacking!”

Since we had started the day with Alex, about noon, it was time to move on to the Brides photos so we headed over to the Delano Hotel. When we entered the Bride’s hotel room, it was like I walked into a fairytale. (Remember I told you the bride was gorgeous?!) Well, not only was she gorgeous, but her wedding dress was to die for, and the entire room was white…from the ceilings to the curtains to the bedspread to the floor. There was, of course, gorgeous, muted, natural light flooding through the windows. I said to myself: “Oh Hell No! Not only does Jerry get the gorgeous Bride but he also gets the best “white” hotel room ever, with impossibly beautiful soft light flooding it!” It simply isn’t fair! Had this been one of my Weddings, the room would have had blazing sunlight coming in one window and the walls would have been orange or green or something equally as ghastly!